CELEBRITIES THAT HAD LASIK EYE SURGERY 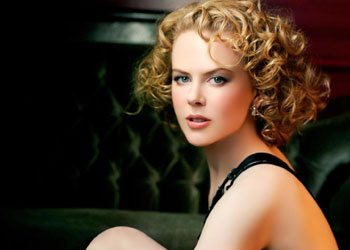 According to the Australian actress, her vision had deteriorated so much over the years, she was walking around, almost legally blind. Finally, faced with the prospect of having to read her acceptance speech at an Academy Award, she went for LASIK surgery. “Now I have 20-20 vision,” she says. “I can’t believe I spent so many years with blurry eyesight, but I think that coincides with how I was feeling at that time. Now I can actually see if people are watching me, and I can also smile right back if someone waves”! Remember those ghastly, retro prescription aviator glasses Brad wore in The Big Short to play Ben Rickert, a frumpy retired banker with a daddy hair shag and a weary world view? Given, the easy-breezy manner in which Brad Pitt seems to take his knee-buckling sexiness for granted, it is surprising that he too ditched his spectacles in 2010 and went in for LASIK surgery. Apparently, he was making too many enemies out of fans and friends by not recognizing them because of his poor eye sight.

The Friends star found the quality her life changing significantly, once she got LASIK surgery in 1999. “I don’t have to panic when I do a visual presentation anymore, because I can read the teleprompter instead of memorizing everything!” she says. “Having the surgery was the easiest and most effortless thing I have ever done”. Kim always loved the way she looked in glasses. It added some solid intellectual weight to her Instagram glamor, and kept fans wondering if there was a bookish betty hiding behind the sharply-contoured, highlighter-baked, fruit-lipped face. But then, her beau Kanye West went and recorded the song Guilt Trip, and some say it was all those allusions to the hip hop artist’s secret hatred of Kim’s glasses that made her decide on LASIK. That too, a day before her went to perform with The Pussycat Dolls in Vegas! 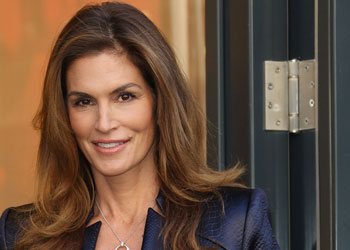 The erstwhile supermodel, who raised a thousand ad campaigns, stole Richard Gere’s heart and made facial moles fashionable, says she always had a problem with contact lenses. The layers of professional make-up she had to wear all day got into her eyes while she fumbled with her lenses, and made photo shoots impossible, until she finally went in for LASIK.   “The procedure was painless and I can see so much clearer now,” she says. “It’s great to wake up in the middle of the night and be able to see the alarm clock, to watch television, to be able to drive without glasses or contacts… I would recommend it to anyone”.

One of big-business’ most flashy and flamboyant players, it is hard to imagine anything holding the Virgin Group billionaire back when he has an entrepreneurial challenge in sight. So when his eyesight became a problem, Richard Branson chose to fix it once and for all with LASIK surgery. According to Branson, he needed to fight big, bad sharks in the deep, bloody waters of international commerce every day, and nothing less than a perfect, 20-20 vision would give him the winning edge. 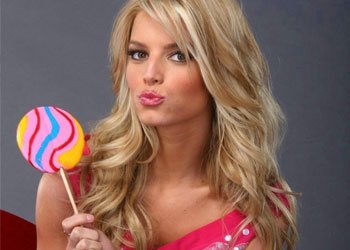 If anyone still remembers the reality TV show Newlyweds: Nik and Jessica, where Simpson played the stereotype `dumb blonde’ to mass adulation and instant pop stardom – well, that was when she decided her new sexy, bombshell persona could not be sporting granny glasses. Not being able to see even her hands without corrective eyewear, she took the plunge with LASIK surgery, and emerged claiming she felt she had been “healed by God”.

Would you recognize the actor, comedian and Price Is Right host without his signature, black-rimmed, nerdy glasses? The answer’s probably no, which is why Drew Carey keeps wearing them, even though he had LASIK surgery as far back as 1999 to correct his weakening eyesight. Today, those spectacles are accessories only, and Carey wears them more as an identity tag than a fashion statement. Nobody seems to recognize him without them. The British music sensation of the 90s, known for It’s A Heartache and Total Eclipse Of The Heart – two best-selling singles of all time – was battling with several eye-related problems before she chose to undergo LASIK surgery. She was long-sighted, had astigmatism, and also suffered from presbyopia, which literally means `old sight’. “After the procedure,” she remembers, “the clock-face in the surgery was perfectly clear. I could even see the second hand going round and round. No blurring, nothing. Suddenly, I could see… everything”. American journalist and TV presenter, who is currently hosting the show This Is Life With Lisa Ling on CNN, is another celeb who credits LASIK surgery for giving her professional career a new lease of life. “As someone who is constantly on the road for her job and sometimes unable to find the most sanitary of conditions, liberating myself from contact lenses and glasses has made my life infinitely easier. It’s been more than a decade since the surgery, and I can see just as clearly as ever”. The actor was so tired of losing his glasses all the time – in spite of taking 5 pairs with him every morning when he left the house — he decided to undergo LASIK and get the nuisance out of his life. “At restaurants I couldn’t see the menu without my glasses,” he says. “I couldn’t read books, scripts, I couldn’t do anything… After the procedure, I no longer have to keep a pair of glasses in every room.” Yes, this man is now finally free…